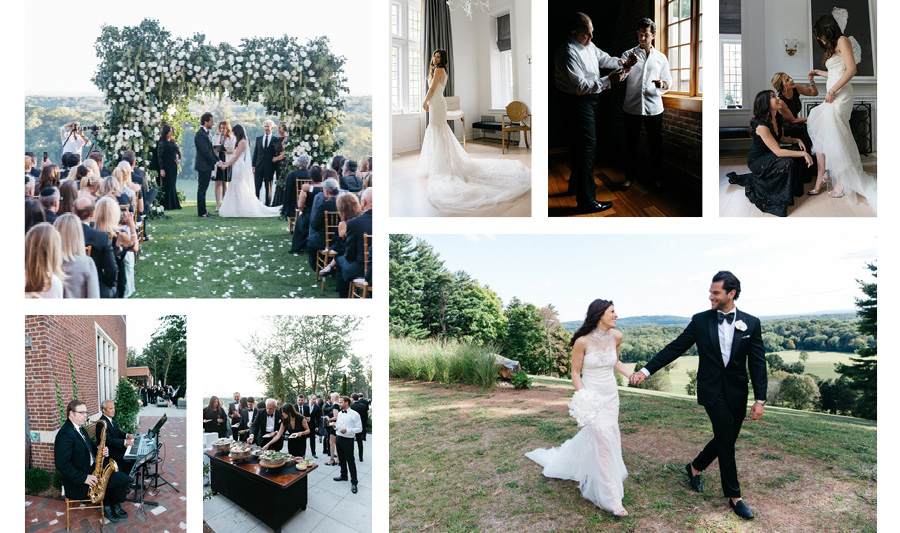 “Juliette, a fashion publicist, and Brett, a real estate broker, have known one another for years, bumping into
one another as they gathered with their big group of friends in New York City, but it wasn’t until 2010 that they really ‘met.’
Says Juliette, ‘I moved into Brett’s apartment building in Chelsea—and onto his floor!’
Brett and Juliette wanted the feeling of a destination wedding without the hassle of long-distance travel,
so they visited a number of venues outside New York City.

The couple spent just over a year planning their September 9, 2017, wedding, ultimately inviting 150 guests to the
sprawling estate for an elegant, all-white wedding planned by Amy Shey Jacobs
of Chandelier Events and photographed by Jonathan Scott of JSP Studio.”